Skip to content
“The best thing one can do when it’s raining is to let it rain.”
– Henry Wadsworth Longfellow 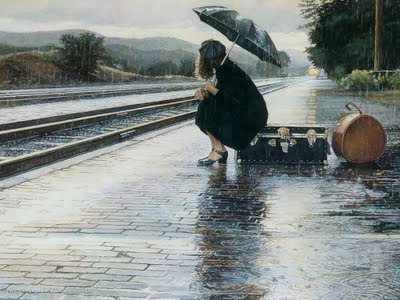 Monsoon is an odd time to travel, especially when you have to travel bag and baggage. In my case, I have to literally shift my base for work almost every three years and the timing invariably coincides with monsoon.
We got transferred to Kolkata in June 2008 when it was peak monsoon time. I had a tough time getting used to the erratic behavior of the rain-fall in Kolkata. When indoors one would not realize when it rained and when it stopped. Happened to me many times! I also suffered because many times as clothes that were hung for drying outside got wet and I had to re-wash the same. Sometimes I was surprised to see that the front balcony, where I was standing taking in the view of the lake, was absolutely dry, while the balcony in the backside of the house was getting drenched by rain. . No, I am NOT exaggerating. Once it so happened that a mad windy storm lashed the trees and houses in the place we stayed, Kalikapur to be precise. At the same time a friend of mine who was on his way to visit me from about 10 kms from my place wished it would rain as it was so hot that day! I thought he was joking and when I told him about the stormy rain that was going on at my place. He couldn’t believe it and assumed I was joking. Only when he reached my place fighting the storm, he agreed that it was a crazy experience.
This monsoon, we have got transferred to Mumbai. Mumbai is a different experience altogether, since the day I came (May 29, 2011 to be more precise). The first few days it was terribly hot, in fact hotter than Kolkata. Yes, I had a concept that Kolkata is the hottest city in India after Chennai. But, I felt there is a city in-between, it’s Mumbai. Thankfully the house we have settled in has air-conditioning in every room. On June 2, monsoon set in, five days earlier than the expected time. I never understood how people can clock these natural phenomenons and most of all, seasons! Anyway, there was respite from the heat. Few heavy showers felt good. Though I was not venturing out much initially, apart from unavoidable work, after a couple of weeks, it got boring. I wanted to go out and find some friends.
The monsoon was getting crazier as it developed momentum. It would rain even when it is absolutely sunny outside. Sometimes, I didn’t realize when dawn broke. It would be so dark, as if there were several hours for dawn to break. The rains are like the waves of the Arabian Sea here. It comes and it goes. Everyone carries an umbrella regardless of what the weather is. You never know when it will start pouring. Learning from others, I carry an umbrella too, all the time, whenever I go out these days. 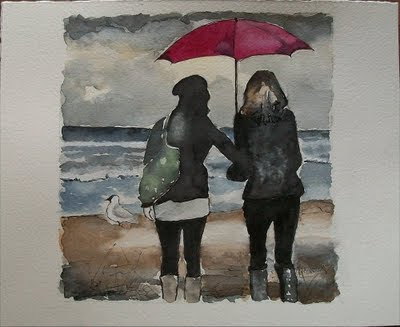