Every day is different and that’s how it should be, at least I think so. That way we will always be excited to live every new day anticipating the new! But in reality, this is not the case and we human beings are responsible for that. In our quest to live a safe and organised life, we make routines for ourselves and we make rules, even if those are just to be broken later with some amount of guilt. We made religions, which, in my opinion, is nothing but a way of regulating life again. But in the quest of making human beings organised, scheduled and more rule-bound, we forget to live life as it is.
This realisation is not a moment of thought for me, but a repeated thought over several factors. Yes, the fact that I picked up my iPad to jot my feelings down was influenced by a certain thought at this point of time. My partner, a Hindu Tamil Brahmin, is a cool guy having no such rules (religious) binding him to act in certain way every moment of his daily life. (Whereas, according to rule, Brahmins are supposed to be following certain rituals every single day.) But my upbringing though non-Brahmin was under a strict what a “girl” (read: Hindu Indian girl) should do and shouldn’t do routine. Being an innocent obedient daughter I followed it perfectly. But moving on in life, it has become like a constant feeling of discomfort and guilt, if I don’t follow it for some reason. A small example is – everyday, I light agarbatti (incense sticks), pray to the Gods while switching on the lights in the evening. It’s a habit. But the worst part is, now, if any day I am home and feeling tired, lazy or sick and unable to do this evening routine, I feel guilty. I feel goddess Lakshmi will hate me or be angry with me and so on. But my logical brain says I am nuts to think like that and till the evening progresses to night, the feeling of guilt continues. Why do I feel like that? The fight between logic and routine continues and my peace becomes the casualty. 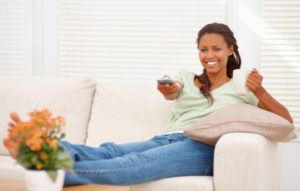 This is just one example. Another thing that bugs me is the rituals related to celebration of festivals. Most Indian festival, actually almost all Indian (Hindu) festivals make (an age-old expectation) the women slog like a donkey doing the rituals, pujas, decoration, cooking, cleaning and so on. Why should festivals be only a women thing? Why can’t there be anything for the men to do or why can’t the men share the festival chores at home too? Though I do most of the religious to dos during festivals, honestly speaking, I do not like to do it. For example, cleaning the entire house of cobwebs, washing clothes including curtains, lighting the diyas, cooking sweetmeats during Diwali, I do all those, but I do those as compulsion, not by will. I do those because I should and have to, not because I love to or enjoy doing it. I would love to do it when I feel like doing it, not on a scheduled time of the year, month and day. Given a chance, I would love to enjoy the festival holiday at home doing nothing. At the most, I would just hang some fairy lights in the balcony of the house, light two diyas in the front door and one in my place of worship, order some sweets and/or pizzas and enjoy watching something good on TV.
It’s not that I hate festivals, nor I am a lazy girl or an atheist. In fact I am always busy doing things, be it the household chores, my office work, gardening or traveling. But I do not like to be weighed down by expectations of others on me, especially regarding religious activities. For me, religion is not important. Getting close to God is important. I do not visit many temples either. I never feel close to God in any such temples where I need to fight my way to see the idol. For me, the peaceful corner of my home’s worshipping area is the best place to be close to God, to talk to Him or Her. My only problem is I don’t like to follow rules, especially not the ones I don’t agree with.
So, finally, why am I ranting here? The time I took to write helped me cross that period of lighting evening agarbattis, lights etc. I did it unceremoniously today. I just switched on the light and thanked God for the same in my life. That’s it. I still feel guilty for not lighting agarbattis, but I want to stop feeling so and live normally. Sometimes I wonder if this evening ritual has become kind of an OCD for me. If it is that I don’t want to continue it. I want to listen to my heart, nothing else. I am sure God will understand.