Skip to content
…all the passengers took their respective seats and made themselves comfortable. Since I was asked if I 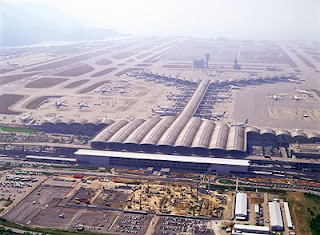 have any seat preference and I did ask for a window seat, I got 6A. Soon after take off, we (passengers) were served meals. The serving started from the front row and when they reached my row, I was asked my preference of food. Fish rice or chicken fried rice? Lo, what do I pick? I am a vegetarian! I asked if they have anything vegetarian. The Chinese air hostess seemed confused. I reframed my question and asked if they have anything with vegetables. She forwarded a box towards me and asked, “How about these ma’am?” I didn’t want to take more of her time in one single row, so I took the box. I opened it while my next seat passenger started digging his fish rice. In the box, I saw a small bowl of some lettuce leaves with two small tomatoes, another bowl of small yellow berry kind of fruits and a bun. This bowl of yellow tiny fruits caught my attention and I opened that bowl first. By that time, my neighbour has also started to open the fruit bowl. We both looked at each other and smiled. He murmured, “Don’t know what it is!” I said, “It smells like mango and the inside of it looks like orange. But it is too small to be orange.” I bit one and thought not to spoil my stomach by eating something unknown. So, that was my meal. Literally nothing eat-worthy for me. 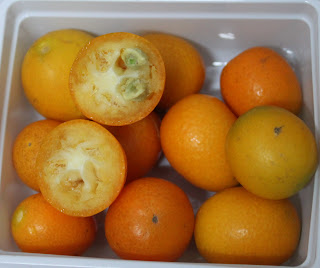 Giving the trash away, I tried to catch some sleep before landing at Kunming, where I’ll have to change my flight to go to Shanghai.
“Holy mother of God!” This was my first reaction when I landed in Kunming. It felt as if nobody speaks English! Kunming is the capital and largest city of Yunnan Province in Southwestern China. Anyway, I got myself security and immigration checked after arrival. Then it was time to catch the connecting flight to shanghai. So, I proceeded after enquiring a security officer, who fortunately was talking in English. After collecting my bag, I was told to go to the 1st floor. I took the lift to the first floor and asked the liftman to take me to the 1st floor and he presses the no 2 button! I told him to take me to the 1st floor and wanted to press the button 1 myself as I was not sure he understood what I was trying to say to him. The lift stopped on the 1st floor but the lift was showing the number 2. I got out and was absolutely confused on what’s happening and which floor I was in. I did not see a floor pass by when the lift started and landed in this floor. The Two Chinese gentlemen were also in the lift and they told me that this is 1st floor. I said, “But the lift is showing it’s 2nd floor!” The men said it’s Chinese! I had no idea what on earth it meant. Since I had some time to catch my next flight, I decided to explore and check this floor first. To my surprise, I really did see that the check in counter for my next flight is in fact in this floor itself! Oh lord! 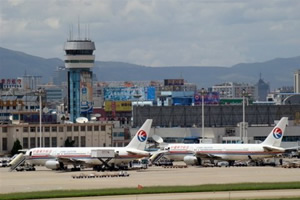 Well, the check in counter was absolutely crowded. Every counter had group check in written on it. Hence, I decided to enquire with the ticket girl in the counter. She said I’ll get my boarding pass here. Fair enough, I landed at the right place. After waiting in the line for sometimes, I got my boarding pass and given my cabin bag. When asked she showed me the way to gate no 10. I went towards the direction shown. I saw till 9, then, there was check in counters again. I saw the board 10-27>, I followed. But…..every other counter/shop/chamber/signboard looked like Feng Shui symbols!
After walking for around 10 minutes in one direction, I had to take a complete hairpin curve turn to go to the gate number 10. It was a level down from where I was toiling to find it in.
I was the first one to reach the gate. I had my doubt. Asked the second person who came and sat near the gate. I pointed towards my flight no and the gate no on my boarding card, he nodded and signalled that yes I have reached the right gate. After sometimes, the signage displayed my flight no and time. I was relieved. Settling in a chair, I started looking here and there and saw one guy on a corner chair working on his laptop. I assumed that he must be accessing airport’s free wi-fi. To kill my idle time I took out the iPad and started searching for free airport wi-fi. There was none. Played solitaire instead. Then all the passengers came in and we were asked to board the flight.
Things I noticed: