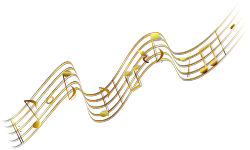 I saw him today! After listening to him for so long, finally I could spot him. Oh what a relief!
It is amazing how some sites, sounds and smell can transmit you to another time and place instantly! This is what happened when I first listened to this man in this city called Mumbai. The first time I heard him was a Sunday morning. I was preparing my cup of morning tea, when I heard the soothing tune of a flute. I was wondering who it was! The tune took me back to my childhood immediately, when my momma and me used to admire a similar distant playing flute in our comfortable home in Guwahati.

Every night, after around 8.30 pm when we would ready the dining table for dinner, a melodious flute played somewhere in the background. Unlike now, there were not many houses in the neighbourhood and we always wondered which house the tune emanated from! The tune was so melodious that we would eat without exchanging a single word. In my young mind, I used to even relate that tune to many story book stories that I was so fond of. That tune made my childhood so perfect! 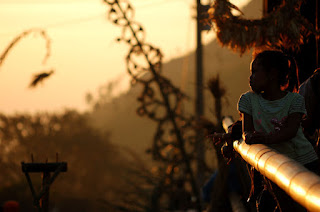 Listening to that tune, the curiosity kept growing bigger and more intense in my mind. My repeated questions to my mom made her enquire on who played that tune. We finally found out. The tune was played by two Bodo labourers who were staying in a small bamboo hut a little far from our home. I was astonished to learn that! Such amazing and melancholic music from such simple people! I asked mother, “They are poor labourers; they spend the whole day slogging outside under the sun, where did they learn it from?” Mother said, “They didn’t learn it from anyone. Such music comes from the heart.” I asked again, “Why would they play the flute at the same time every night?” Mother replied, “They play it post dinner, while they are about to sleep.” Knowing that I would ask her why do they eat so early and almost get ready to sleep when it’s just time for our dinner, mom continued, “They do very hard physical labour. They need enough rest to work again the next day. So, they eat early and go to sleep early too.” I couldn’t be more touched by her statement! Of course, when I heard that as a kid, I didn’t know what to say; I just kept quiet and got lost in my own thoughts. 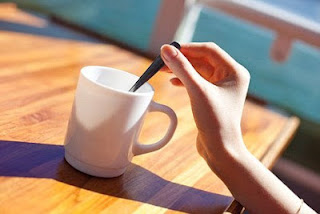 Now, on the Sunday, when I heard the flute for the first time in Mumbai, I got lost in my childhood memory. I started imagining who that person could be! After sometime, I got busy in the daily chores and the flute playing stopped too! I assumed, maybe he has a Sunday filled with activities and chores too! The next Sunday, I heard that flute again! It made me restless, just like I was in my childhood, when curiosity got the better part of me. But I possibly won’t be able to find out which one of these skyscrapers around it was coming from. I almost gave up hope. But yes, every Sunday, I enjoyed the flute like a routine.
Today, while watering my pots in the balcony, I heard that flute again! This time, it felt as if it was coming from the road! I tried to spot it manoeuvring my eyes from our fifth floor apartment through the Gulmohar tree below. I could spot him! He is a flute seller! Wearing a white shirt, khaki trousers, he was supporting the huge display of different coloured flutes on his right shoulder while playing the flute. Oh how wonderful the tune was! Unlike my childhood times, when I couldn’t make out the song the Bodo boys played, this time, I could recognize the song. It was a Hindi movie song from the 70s. I could relate many similarities between those Bodo boys and this man. The single remarkable similarity was – their tunes came from the heart, that’s why the tunes were so melodious! 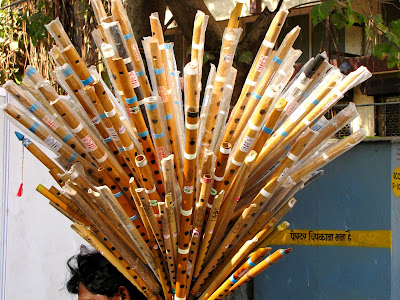 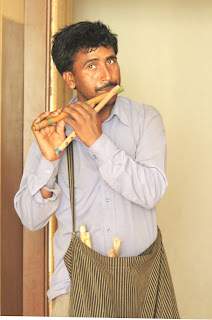 It’s Sunday and I hear that soulful melody again. Every Sunday it reminds me how beautiful life is! Listening to the tune, I could recognise the song the flute seller was playing and I started singing along. While continuing my Sunday chores humming the song along, I got surprised when my partner 😉 asked me to get ready with my camera, as the flute seller was coming upstairs! Whoa! I was thrilled. Yes, I always enjoyed the music he played, but never thought of calling him home. (In my opinion, some things are best enjoyed from a distance. When you start knowing it too well, you may not feel as good as you do now. The same rule is applicable to people. Some people are likeable only from a distance. 🙂 )
Well, the doorbell rang and I opened the door. He looked like a simple man. I told him how well he plays and how we enjoy his flute every Sunday. I asked him where he learnt playing the flute. He said that it was self-learnt. He also displayed all the flutes he was carrying to sell. He explained which flute is what and how it was to be played. Displayed his skill by playing different sets of flutes and also gave us to try some. Obviously we do not know how to play the flute. Still, we bought 2 flutes. Apart from the cost of the flutes, we gave him a small gift for playing so well. He was happy. My day was made. 🙂