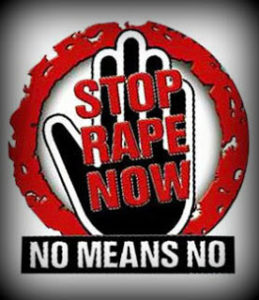 There is something seriously wrong about some Indian men. It is becoming scarier by the day as more ghastly incidences of rape are coming out in the open. I do not understand why this is happening! (Or is it that such incidences are getting reported now!) What has changed that these perverts are losing complete conscience and raping baby girls? The rage, regret and disgust are too much to take for me and I really want to know the reason for this shameless inhuman act. I can’t fathom if knowing the reason could help us find a solution or whether this is only an unrealistic wishful thinking! Also, could the reasons lie in our society or the way we handle the topic of sex? Here’s what I think could be the probable reasons:

In any case none of the above statements can justify any of such horrendous crimes. Human beings are called the most evolved and best species of all. But I see that even the animals follow rules, culture and have principles. Men have completely lost it.
I have many examples when Indian men made me feel really uncomfortable while travelling alone. To cite a few, let me tell you about the Indian men and how they behave in international flights, especially the ones going to Thailand. Indian male’s behaviour really makes me feel ashamed and very insecure. Once you enter the aircraft, you would see, huge bellied Indian men shoving up the oversized luggage into the overhead cabinets of the flight. Then they won’t sit down on their respective seats. They are always accompanied by loud and talkative “friends” with whom they would talk endlessly till the aircraft moves. The air hostess would request them to take their seats so that other passengers can get in and take their seats. But who would listen to them? God forbid, if it is a return flight from Bangkok, these smelly Indian men think of themselves as the kings of India!
Then the time to serve alcohol and beverages comes! Can anybody be as greedy them? There should be a different word for these alcohol crazy men! They would always request the airhostess to pour them more alcohol than the allowed limit. If she doesn’t, they pester the air hostess so much that she avoids coming towards that aisle altogether till food is served. They wouldn’t attend to me or any other passenger in that area even if I need a glass of plain water. I don’t blame these airhostesses. If I was in their place, I would have done the same. But what a shame!
Post these drinks, they would lose some sense and start talking aloud or snore. Indians are becoming the butt of ridicule in all international flights mostly owing to their lack of manners. More so in the South East Asian sectors.
Why are these men so barbaric? Don’t they know how to behave in a civilized manner? Why can’t they just have one drink, have their food and shut up and let others also enjoy the flight? Why can’t they be at the least a little considerate of the fellow female passengers?
Ironically, when these same men are posted in a foreign land, they behave themselves, because they are scared of the law and order, police and rules abroad. Almost one third of Singapore’s population is Indian. They are following rules (so I have observed) and they behave themselves there. Why can’t they do the same here in India? Why can’t they respect women back home?
I wonder if the following measures can solve this problem of Indian men and bring down the increased crime rate on women in India:

The list can go on. We all know we can stop these incidences if we sincerely try. A little alertness, cooperation from police, the government and social institutions can bring a change in the situation. Let us try.